Our goal isn’t just to provide you with personal and professional periodontal care, but to do it in an environment that helps you relax and feel calm at all times. With Dr. Harrell’s practice, going to the dentist will feel like being with friends rather than visiting a sterile, lifeless clinic. Thanks to Dr. Harrell’s team, you’ll always get the one-on-one attention you need, and you’ll never be rushed.

Dr. Harrell, a native Atlantan, lives with his wife, Denise, and their children in Alpharetta. He is an avid tennis player and runner. He has completed a number of marathons, including Boston, Chicago, New York, Miami, Atlanta, and the Marine Corps marathon. He also enjoys reading, traveling, and cooking on the big green egg. 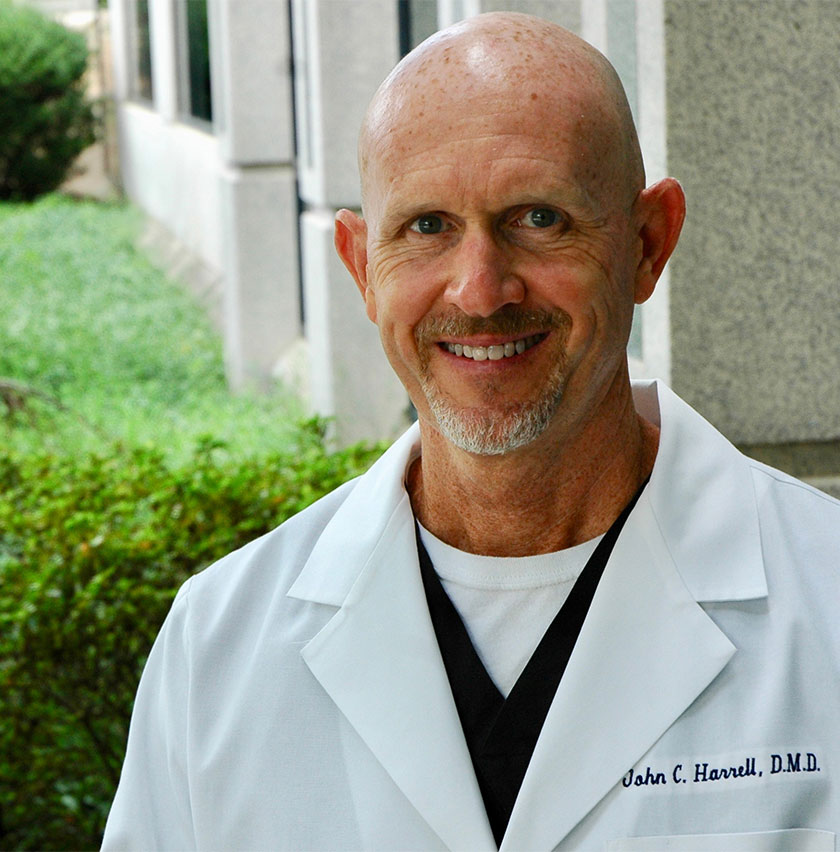 Carla has worked in the dental field since 1990. She graduated from North Georgia College (now known as University of North Georgia). She has known Dr. Harrell since 1994 but began working for him in 2012.

Carla and her husband Richard, have two kids. She enjoys travel, especially to National Parks. There is so much beauty to see in the U.S. 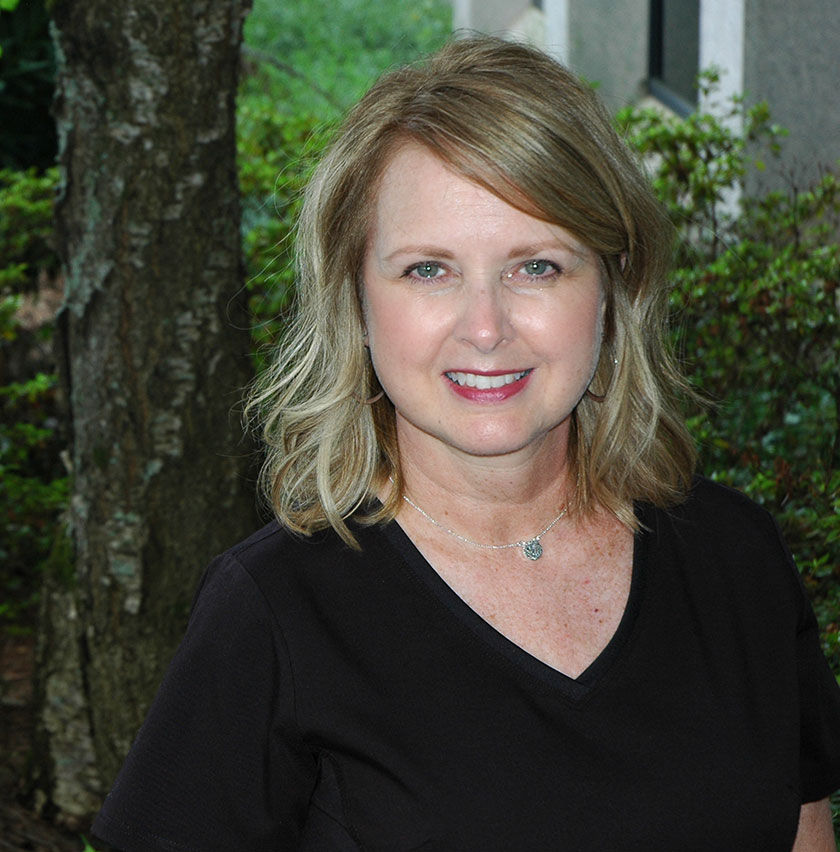 Lindy Robertson – Hygienist
Lindy has been practicing dental hygiene since 1999. She has worked for Dr. Harrell since 2006. Lindy and her husband Steven are the busy parents of 2 teenage boys. 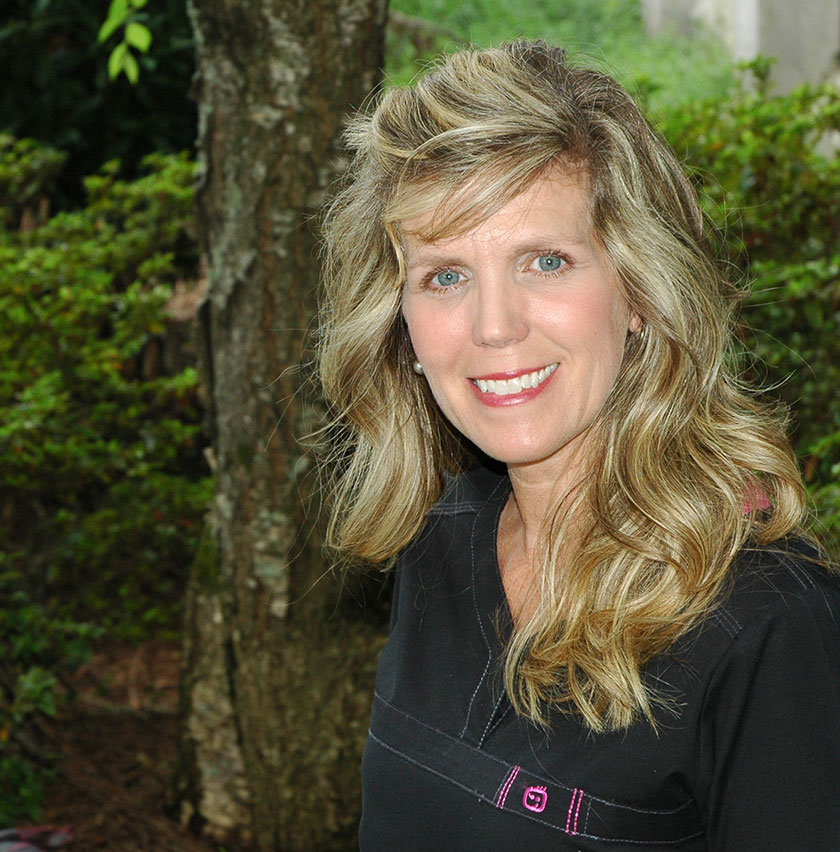 Nikki Scott – Hygienist
Nikki was born and raised in Ironton Ohio.  She graduated in 1990 with a BS degree in dental hygiene from Ohio State University before moving to the Atlanta area. Nikki is an enthusiastic Ohio State football fan!

Nikki has a passion for helping people understand that dental health is crucial to maintaining your overall health.  Nikki has been with Dr. Harrell since 1997.  Other than rooting for her Buckeyes, Nikki enjoys spending time with her friends, attending her church, reading and taking care of her cats. 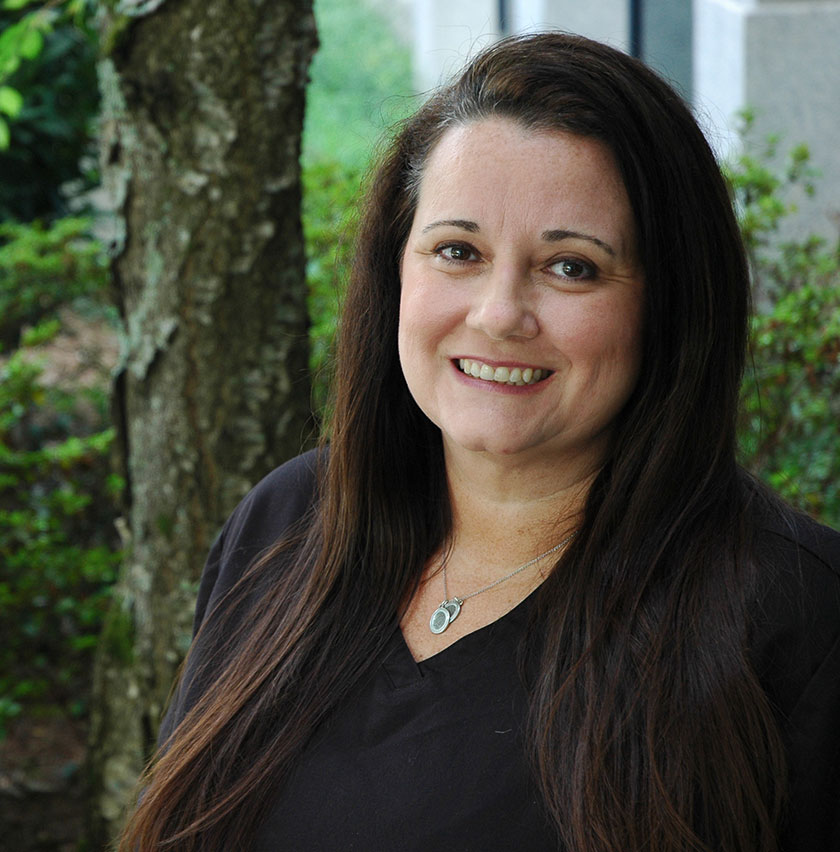 Lauri Owens – Hygienist
Lauri grew up in Southern California. She moved to Georgia in 1991, where she attended Hygiene school and graduated in 1995. She has been practicing since then in the Atlanta area.

Lauri and her husband Greg have two children, Cade and Raegan. Lauri spends her time on the tennis court, in the gym and in the kitchen cooking. She enjoys watching Cade on the baseball field and Raegan cheering.

Michele Wardell – Surgical Assistant
Michele Wardell grew up in the Atlanta area. She has been in the dental industry since 1994 and loves helping people improve their smiles.

Michele loves spending time outdoors with her husband Chris. She is a black belt in Shuri Ryu Karate and brown belt in Ju-Jitsu and you can find her in the gym every morning at 5 am working out.